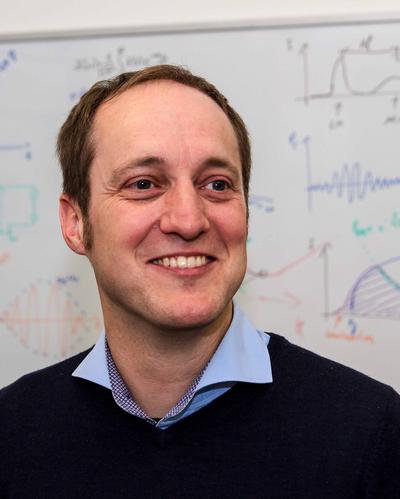 Lehrstuhl für Phototonik und Terahertztechnologie, Ruhr University Bochum
PD Dr.-Ing. Nils C. Gerhardt studied physics at the Philipps-University in Marburg, Germany and received his diploma in 2001. In 2002 he joined the Optoelectronics and Materials group at the Ruhr-University Bochum, Germany, where he received his Ph.D. degree in electrical engineering in 2005 on the topics of optical gain and spin-optoelectronic devices. During his time as a postgraduate student he joined the Optoelectronic Research Centre in Tampere, Finland in 2003 as a Marie-Curie fellow. In 2006 he co-founded the PhotonIQ Technologies GmbH in Bochum, Germany as a spin-off company. In 2013 he finished his habilitation in the field of optoelectronics and photonics. Currently he is working as a lecturer at the Photonics and Terahertz Technology group at the Ruhr-University Bochum. He has been author or co-author of more than 150 international journal and conference publications. His research interests include semiconductor spintronics, ultrafast lasers for optical communication and high-resolution optical imaging.